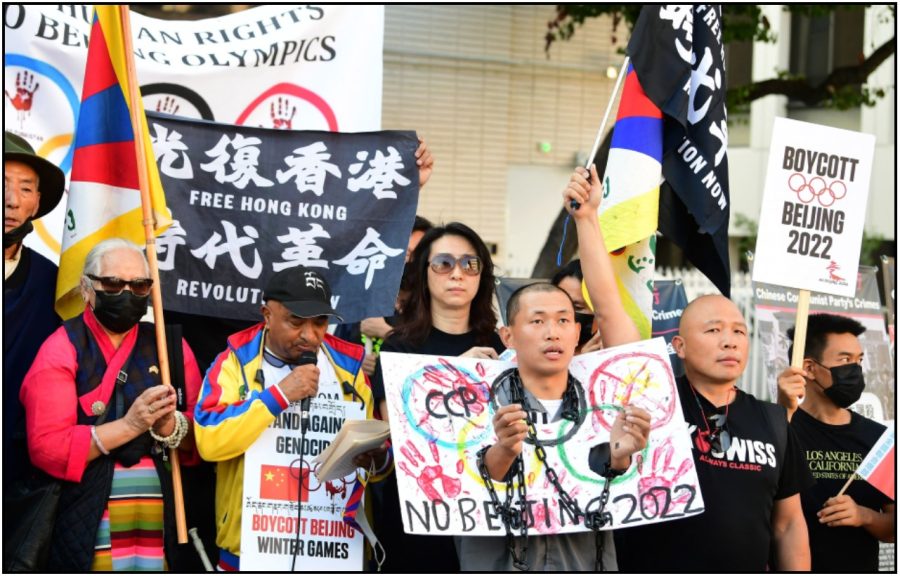 The Chinese Communist Party has a long history of violating human rights and enforcing restrictive policies. The Beijing Winter Olympics have come to a close, and talk of the recent Uyghur genocide has been launched into the spotlight. Following the lead of several other countries, the White House announced in early December that the United States would participate in a diplomatic boycott against the games due to China’s concerning human rights record. Consequently, tensions between the U.S. and China continue to rise. As the games were completed on Sunday, Feb. 20, many individuals are left questioning whether imposing a diplomatic boycott displays lack of support or an unpatriotic attitude. Although the boycott may be controversial, ignoring the detainment and abuse of more than one million people for the sole purpose of sparing others discomfort or ruining the mood of the Olympic Games is unethical.

Olympic boycotts are nothing new. For years, countries have boycotted the Olympic Games in an attempt to condemn the actions of the countries hosting the event. According to Britannica, after the Soviet Union’s invasion of Afghanistan in December 1979, the United States led approximately 60 countries in a boycott against the 1980 Moscow Olympic Games. A total of about 5,000 athletes representing 81 countries did not attend the games in protest of the Soviet’s presence in Afghanistan. Several countries that did participate in the games expressed growing concern with the host country’s recent actions by refusing to attend the opening ceremony. When compared to recent events, the Moscow boycott was much stricter than the Beijing boycott. Rather than enforcing athletes to stay home, the U.S. has simply refused to send any government officials to Beijing.

The current boycott is not without good reason. China disregards human rights of both its people and many others in the region. One of the most concerning and time sensitive cases is the Uyghur genocide in Xinjiang. As reported by the U.S. Department of State, the Chinese government is “waging a targeted campaign against Uyghur women, men, and children, and members of other Turkic Muslim minority groups.” Innocent people have been subjected to a long list of abuses including and not limited to forced population control, forced labor, arbitrary detention in internment camps, and familial separation. The Chinese Communist Party has targeted everyday Islamic practices by closing mosques and other religious sites, preventing youth from participating in religious activities, and forcing political indoctrination. The repression of religious freedom continues to intensify as the Chinese government becomes less tolerant of those with differing spiritual beliefs.

In response to the United States’ diplomatic boycott, Chinese officials have argued that the Olympic Games, which is historically a symbol of unity, is not the appropriate place for political disputes. In accordance with BBC News, China has claimed that the U.S. has “clearly violated the Olympic spirit” and “just wants to politicize sports, create divisions and provoke confrontation.” However, with bipartisan support from Democrats and Republicans, the United States stands by its decision while simultaneously supporting the athletes competing on the behalf of the country. By declining its invitation to the games, the Biden administration refuses to overlook the genocide and mass human rights violations in the name of peace and agreement.

Boycotting the Olympics is only the first step in stopping the abuses of the Chinese government. The U.S. has long been devoted to ensuring the protection of human rights, thus becoming a leading figure in the fight against injustice all over the world. The government has the moral obligation to speak out against China on behalf of the people who cannot do so themselves. Growing support of the boycott from various countries, including the United States, Canada and Australia, has brought attention to the tragedies in Beijing. Bringing awareness to the issue will provoke the world to act. There should be no question of whether innocent lives take higher priority over mindless entertainment.