Indiana Religious Freedom Act: How Far is Too Far 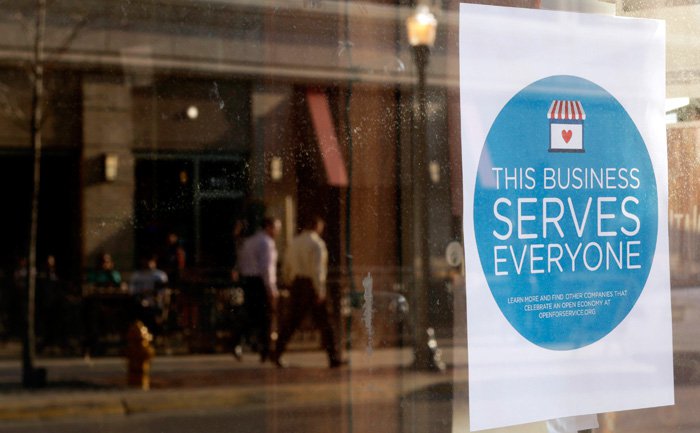 With the new law passed in Indiana, people have split reactions.

I find it shocking that this type of law has been passed, not only in Indiana but in other states as well. Being able to deny someone service because they’re homosexual or of a different religion, and it goes against another’s religious belief, seems to be going too far. That’s like saying I can’t serve you because you’re a Christian or black; laws like this are dangerous to the minority groups. Being gay isn’t exactly an option, it’s how some people were made and following a different religion doesn’t make them any less of a person.

Businesses are assuming that this law works as a way to discriminate against someone or a group of people, that “offend” them and it protects them so that they cannot be punished for it.

I think the big problem is that businesses are using the law as an excuse not to serve someone, which is something that I don’t understand. Why would someone want to deny someone? It lowers how much money their business is making. And how can you tell by looking at someone if they are gay or straight, or what their religion is? Yes, there are some religious groups that are more obvious than others, but how do you tell if someone is a Christian or an Atheist?

This law is like so many others and yet they added in sections that gave businesses more rights to discriminate and less ways of getting in trouble for it.

There is a strong reaction because religion is being used as a reason to single people out, in this case its the LGBT community and other religious groups; and no one knows how far this law is going to go, if it will get to the point where an employer can fire an employee because he/she is “offended”.

To me it doesn’t seem right that people are using their religion against others. I don’t understand how someone can be bothered by the thought of homosexuals or someone of a different religion. Everyone was created differently, that’s what makes our race so great. By having this law passed, it is denying the LGBT community and any number of religious groups their rights. If someone in a business is offended by a customer, they either shouldn’t be in the business profession or they should have someone else deal with him or her. Turning someone away from buying something doesn’t make sense. The business loses money and people don’t want to shop there anymore.

Some of the businesses that are practicing this new law are going out of business. I think that speaks volumes. The public is against the law strongly enough that they are boycotting those who follow it.

I hope that Indiana makes some changes to this law. As is, its going to single out different groups of people that are “offensive” which isn’t cool. It’s great that some businesses are putting up signs that show they serve everyone. It mainly supports the people that are being turned away from other stores, but it also supports the other people who are against the law.