High schoolers are found to be NOT smarter than fifth graders 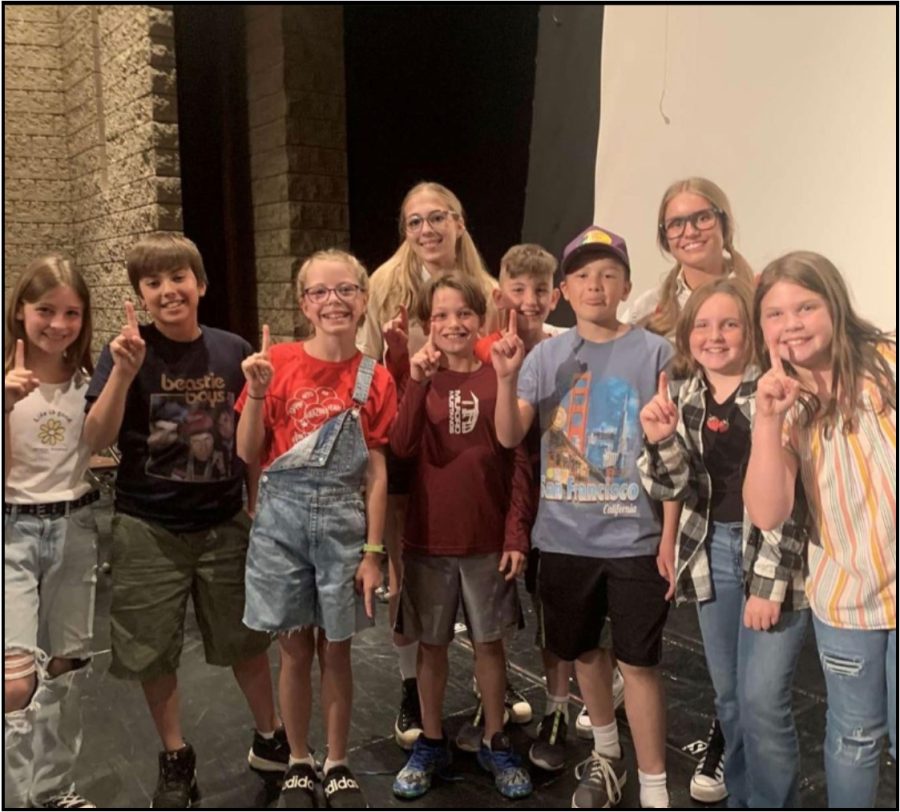 One of the highlights of this year’s Charity Week was Milford’s version of Are You Smarter Than a 5th Grader?, hosted by leadership students Layla Perry and Megan Rutherford. Alternatively titled “The Battle of the Boulevard” (the fifth graders come from Milford’s neighboring school Heritage Elementary), the game show saw a close battle between the high school and elementary school students.

Are You Smarter Than a 5th Grader? was a popular television game show that ran in four different segments between 2007-2019. The original series, aired on FOX, was hosted by comedian Jeff Foxworthy, created by Mark Burnett and ran from 2007-2009.

The game show pits fifth grade students against adults (or in Milford’s case high schoolers). It has a typical game show format. Both teams try to answer the same questions, whoever gets more right wins. The questions in show tend to be related to the fifth grade curriculum, and the general premise is to show either that adults/high school students struggle to retain information from a significant number of years past or that many things taught in fifth grade are simply building blocks to larger concepts and don’t tend to be used much in “the real world.”

It was set up so that one fifth grader and one high school student faced off at a time, and answered a series of five questions in the order of language arts, math, social studies, science and a random question. The first pair to face off was fifth grader Sean Toth and high schooler Landon Murray. Toth won the battle, 3-2. Not a great start for Milford.

The second pair to face off was fifth grader Brooke Beer and Milford student Evia Marszalek. Beer also won, 3-2. This round was the audience’s first taste of the twist that Milford’s edition of the game show has.

For every five questions answered incorrectly by a team, one of their team members must complete a dare. After the Milford squad answered their fifth question wrong, Sophomore Wyatt Lesnew completed their dare – an Irish jig.

Lesnew and fifth grader Bradley Mitchell faced off following Lesnew’s jig. Unfortunately, Lesnew’s skills in the jig did not translate to skills in answering the questions because he was defeated by Mitchell 4 to 2. However, because Mitchell got one incorrect answer, the fifth graders had to perform their first dare. Toth performed the worm, a breakdancing move.

The high schoolers continued their winning streak (of two) with Milford’s Evan Wilson answering four questions correcting to Abram Cichosz’s three. Cichosz’s score was still impressive, but this did earn the fifth grader’s their tenth incorrectly answered question. Beer performed a stellar rendition of the song Twinkle Twinkle Little Star – perhaps choir is in her future.

After Beer’s beautiful performance, Milford’s Sarah Rand and Heritage’s Sophia Lieder tied in their battle with two correct answers each. This battle did result in Milford’s 15th incorrect answer, and Dittrick performed a yodeling act that was on par with the infamous viral Walmart yodeling kid Mason Ramsey.

Following Rand and Lieder’s battle, the fifth graders remained in the lead by one point, with only two more faceoffs left to go. Findley Cook answered an impressive four questions correctly to solidify Heritage’s lead to Combs’s three questions correctly answered. Unfortunately, this did manage to earn the fifth graders their third dare, and Mitchell stepped into the spotlight to sing ten seconds of the national anthem. Again, the audience saw the choir program’s future.

Tensions ran high as the final pair, high schooler Maggie Brazier and fifth grader Lillian Stine, sat across from each other for the final showdown. Milford’s team would have to answer two more questions correctly than Heritage’s team in order to even tie the score, and three to win. However, Stine managed to hold Heritage’s ground, tying Brazier three to three.

That was enough to crown the fifth graders champions of the game show with a final score of 23 to 21, and prove that High Schoolers are not in fact smarter than fifth graders.