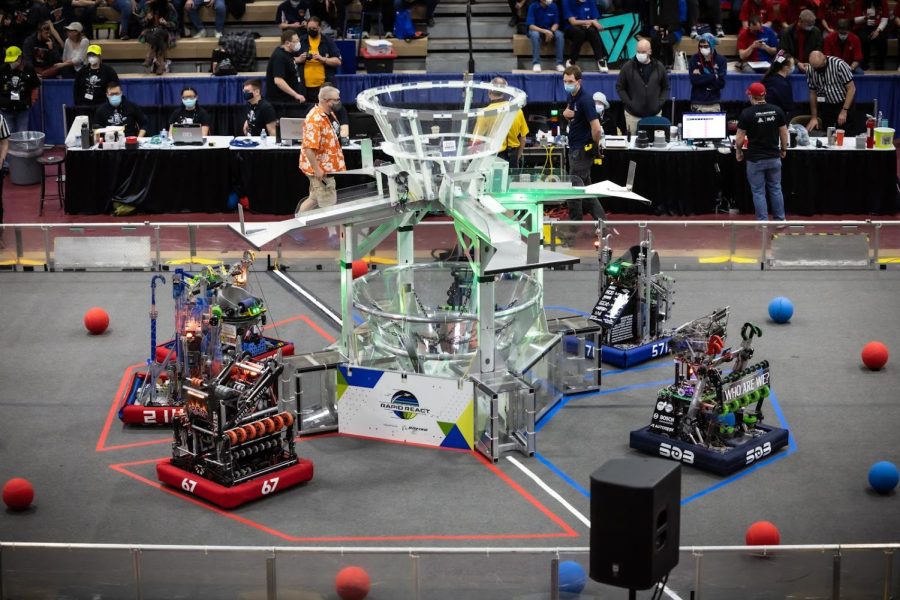 The HOT team’s robot (67) competes by shooting balls into the center basket. The team was the top seed in the tournament after an impressive showing during the preliminary round