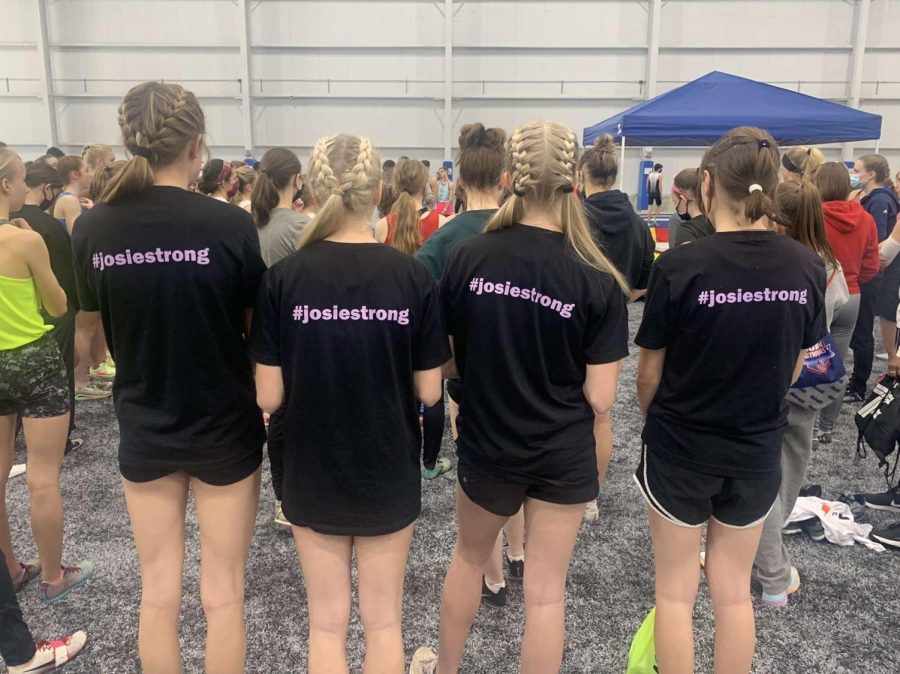 Two days before Christmas, over 140 people from Milford High School and the surrounding community joined together in the basement of Oak Pointe Church in Milford for a prayer service for Josie Duncan.

Duncan, a junior at Milford, was hospitalized for autoimmune issues from the end of Nov. to mid- Feb. During this time the Milford community has come together to show their support for Duncan and her family.

For the past three years she’s been on the school’s volleyball and track teams. She has lived downtown all her life and has an older sister, Janna, who graduated from Milford in 2018. She volunteers annually at Milford Memories and works downtown.

These connections were valuable when it came to people volunteering to help the Duncan family. People from all over the community brought reheatable dinners for the family and collected gas cards to ease the financial stress of travels to Children’s Hospital in Detroit.

The prayer gathering was led by Oak Pointes’ pastor of student ministries, Perry Dunlap and Milford students Brooklyn Wolcott and Jacie Remtema. Teachers, families and other Milford residents gathered to raise Duncan’s spirits and show support to the family in these troubling times.

Both the track and volleyball team created t-shirts supporting Duncan and her family. Duncan spoke, “During hard times you don’t realize how willing people are to help. You never expect people to do anything, even living in a close community like Milford, it was shocking how willing people were to help.” The hashtag #josiestrong and #fortheloveofjo were created by her family and trended on social media platforms.

The purple writing on the track shirt and the color of the volleyball shirt represents autoimmune disease awareness. While creating warm up shirts for the winter track season, Wolcott came up with the idea to honor and support Duncan. The track shirts were created by Renee Ternes and her company, The Hot Iron.

The inspiration behind the shirt according to Wolcott was to bring encouragement and positivity to help Duncan continue fighting. Wolcott said, “We run for Josie knowing the battle we’re fighting while racing isn’t half as bad as the battle she fought.” The feeling of having Duncan with them in spirit connected them, showed how strong they are as a family and how deeply they care for every member of the team.

Varsity volleyball coach Annie Malburg created the volleyball team shirts. These shirts were purple with white writing and featured Duncan’s team number, 10, on the back.

Her teammates all sported the shirts to school on Feb. 7 and took various photos together to show Duncan. She had an overwhelming reaction watching the video of all the pictures of her teammates put together by Wolcott and was given her own shirt to wear alongside her team. Duncan said, “I immediately started crying, happy tears of course, because it was so sweet and realizing the whole team was wearing them, I just felt so much support.” The overwhelming love and support play a key role in Duncan’s’ long road of recovery.