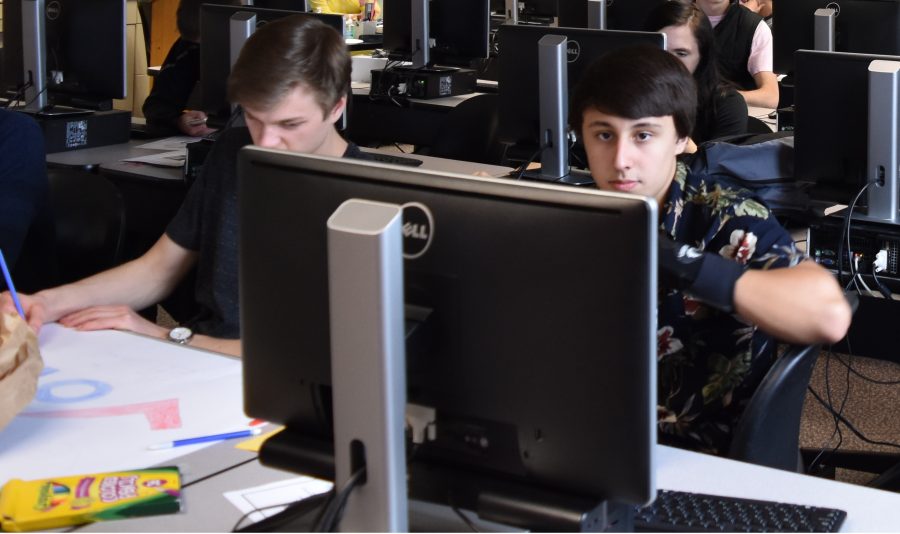 For a lot of students, e2020 is considered a catch-up class. While a portion of the e2020 students are redoing some of their classes, there are also students that are taking classes that aren’t offered within Milford’s classroom setting.

“Honestly I’m not a fan of e2020,” stated sophomore Kimme Williams. “It just feels like a waste of my time and energy. Between watching the videos and doing the same thing every day, it’s repetitive and boring. The only good thing is that I can get everything done at my own pace. I’m not rushed, but that’s also a negative thing. Without an actual teacher to care, I don’t feel the motivation to get things done.”

Austin Roe, a senior, took e2020 to recover some of the credits that he lost. “It’s a pretty lit class. There’s not too much stress to get everything done quickly. I get to do what I want, but at the same time I struggle to focus on doing my work,” Roe explained.

There are also students who find it hard to learn in a classroom environment. For senior Megan Fullmer, her health class online was much easier than having to take it in a typical situation. “It was just health, and I could get it done quickly without the added awkwardness around certain parts of the class. Sometimes, it’s nice to be able to work at my own pace. Not being in an actual classroom setting is nice too, there isn’t the stress of a teacher or presenting,” she explained.

For senior Amanda Adams, anxiety got the best of her. “Just the thought of speaking in front of people makes my anxiety shoot up. I can’t breath,” she said. Adams talked to her counselor about this problem. With a little work and a doctor’s note, she was able to take an alternative form of Senior Composition in e2020.

“I think it really depends on the student. Some students just need an extra push to stay on topic, and those are the ones that would probably prosper in a classroom setting over an e2020 class,” Fullmer concluded.