The Milford Messenger • May 22, 2019 • https://www.themilfordmessenger.com/arts-and-entertainment/review/2019/05/22/shazam-was-shockingly-pretty-great/ 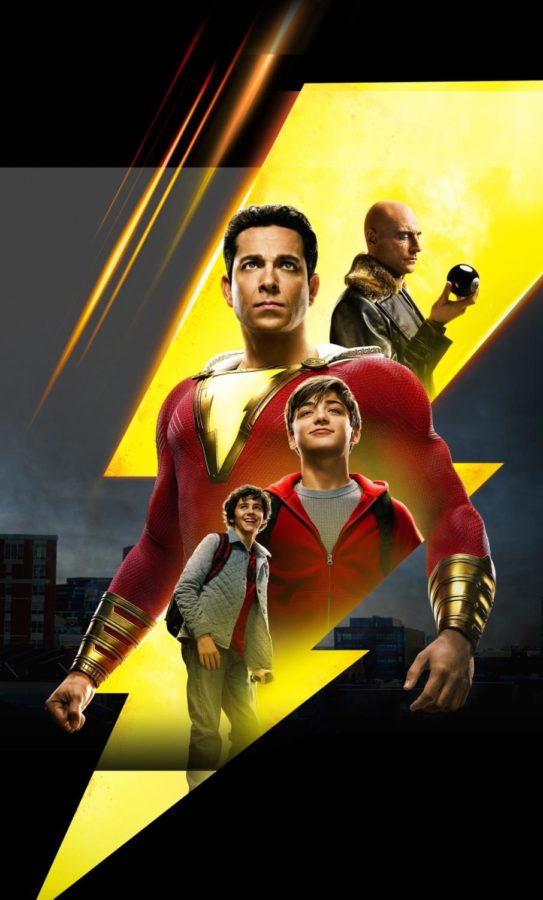 When the first trailer to DC’s latest film “Shazam” dropped, there was a lot of skepticism and concern,–  in DC’s quest to rival Disney’s Marvel Studios, DC had put out films like ‘Batman v Superman,’ and ‘The Justice League,’ that were major disappointments. However, there may be hope for DC. While appearing cringey in the trailers, the film is shockingly a great watch. Minor spoilers ahead.

In a few words, DC’s “Shazam” tells the story of Billy Batson, a 14-year-old kid who by chance is bestowed with incredible power, and by merely saying “Shazam!” transforms into a superhero with powers rivaling Superman. Originally, the story of Shazam wasn’t like this. The character was originally known as ‘Captain Marvel,’ which was created out of spite towards Marvel Comics by Whiz Comics, who would eventually be bought out by DC. The character was just a bratty kid who gets embedded with godlike powers, mocking Marvel and their respective fans, all being bratty children.

As the character rose in popularity, ‘Captain Marvel’ began to become as popular as Superman, however, this mock of Marvel didn’t last long. Eventually Marvel created its own Captain Marvel and a lawsuit came about over rights to the character as DC had copyright over it. After years, Marvel ended up winning to the shock of fans of both comic companies. This background is important as both “Shazam!” and “Captain Marvel” as both released films within a month’s time of each other, and comparatively, DC does the real Captain Marvel right.

“Shazam!” has an overarching narrative about family, and it serves as the axis of the story as Billy Batson, orphaned at a young age, struggles to find his family, but gains the one he was looking for all along. It’s not an unheard of storyline, pretty standard, however, what makes Shazam so great is its humor and enjoyableness. Zachary Levi gives an incredibly, fun, goofy performance as the transformed Billy Batson. He captures the wackiness of it all, while even playing off dramatic moments quite well.

The main source of criticism for the film generally comes from its villain called, Doctor Sivana, played by Mark Strong, who gives a good performance, but the character is just so poorly written for this movie. Sivana is just a stock-character; he’s a complete stereotype of a villain who is basically the opposite of Shazam, and really isn’t compelling whatsoever. Some of the greatest superhero films have impressive villains. Who is Batman without his Joker? He is a perfect counterbalance to Batman’s need for justice and order and the Joker’s need for anarchy and chaos. Doctor Sivana is introduced, we see him do bad things, kill some people, but outside of that he just has a drive for power and it all feels so hollow, which is so strange because this movie has so much heart.

Above all, it was solely good because most of it just felt like a wholesome, good time; it wasn’t trying to be what it’s not. It wasn’t trying to be the next Iron Man, or anything more than an enjoyable experience that will get DC back on its feet after some really polarizing past movies. It’s fair to say it does exactly that. ‘Shazam,’ while not being the greatest film ever created, brings audiences a pretty decent story, with surprisingly well done-performances and without doubt beats ‘Captain Marvel’ in terms of actually being enjoyable by miles, and it’s frustrating for that reason, because in the end the true ‘Captain Marvel’ ended up being the better film.