Milford dancer will take a leap to move across the country 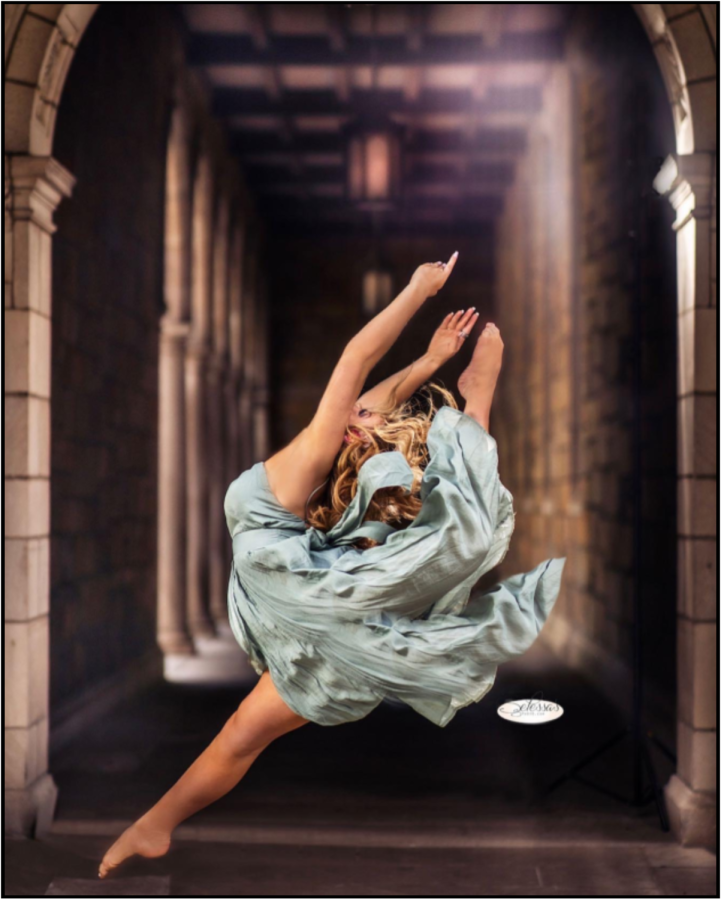 “I’ve thought that I belonged in California since I was thirteen,” Abbey Werner beamed about her long-awaited dream to reside on the West Coast finally becoming a reality as she moves on to college next year. “I could always see myself working in movies, music videos, TV shows or going on tour with artists as a professional dancer in the future.”

Werner has had her eyes set on Chapman University in Orange, California, which has one of the top dance programs in the country.

She stood out among thousands of other talented applicants to be one of about 30 other dancers around the country to be admitted as a dance major to the university. Knowing that many of the girls auditioning against her had already done major work in the dance industry brought up some nerves in Werner, yet she stayed confident throughout the long audition process, which entailed her sending in videos of combinations and her solo and then a final callback in California.

This final callback was her performing her solo in front of the entire dance program, department and professors. Werner was at a Milford Basketball game when she saw her application was updated with a final decision. “My face dropped when I opened the email, I didn’t have the usual excited reaction and I didn’t say anything,” Werner said about the shock she felt when she found out she was admitted. She caught the eyes of Chapman as an excellent candidate to attend through both dance and academics. She plans on pursuing a double major in business and dance at the university.

The average competition dance includes approximately 3 minutes of choreography. Werner has worked day in and day out of the studio to perfect 18 dances at Big City Dance Center this year. “It used to be hard to remember that much choreography, but as I got older I learned to remember corrections fast and on the spot,” she said. Before taking her own classes, she assists younger dancing students at Big City during her 6th hour Career Internship at Milford every day.

She spends around 8 hours every day at the studio and dances nearly the entire time. Werner is famous for not missing the Starbucks line a single morning before school after her long nights in the studio. “Big City is super competitive in the best way, we all push ourselves and each other to work hard and earn the front spot in the dance so there’s not a day that we’re slacking,” Werner said about what she loves most about her studio in Wixom, Michigan. “Our teachers are so supportive of whatever we want to do, they’re sometimes hard on us because they want to see how far we can go with our talent.” Her mentors have said since her freshman year that they could see her dancing at Chapman University and that she would fit in well there.

With a bright future of professional dance ahead for Werner in August she will pack her bags to move across the country and over 2,000 miles away from Milford, MI.

Werner shared that she couldn’t have come this far in her dance career without the love and support she receives from her parents. Their endless support will help her take her leap to California next year with more ease.

Werner has been an active role model in the community at Milford as someone who is determined in their passion and courageous in pursuing her dreams. Werner has also been a member of the National Honors Society and Leadership at Milford for three years. She will continue to impress her hometown as she moves on to accomplish great things through her natural grace and relentless hard work in dance.

“I helped start a dance team that had never been a part of Milford athletics before,” Werner shared about one of her greatest contributions to Milford so far. Werner was the captain of the team, which had its first year at Milford in 2020. “I’m so excited to see how far the team will go and how much they can move up in rank nationally.” She helped choreograph some of the team’s dances and was an outstanding role model to her peers.

Werner’s teammate Elle Kemezis shared why she is thankful for her, “There are so many reasons to be thankful for Abbey, she spends countless hours setting our team up for success. She always puts our team first and has been there for every single one of us, on and off the dance floor.”

Werner impressively balances her part of a dance convention program called Hollywood Connection. Through Hollywood Connection she gets to travel on the weekends to assist professional dancers in choreographing. “This has given me the opportunity to make connections in the dance world and helped me get my audition with a dance agency in June,” Werner said. Milford is proud to know she will prosper in California for many years to come.