The Milford Messenger • May 25, 2021 • https://www.themilfordmessenger.com/arts-and-entertainment/2021/05/25/fearless-taylors-version-strikes-all-the-right-chords/ 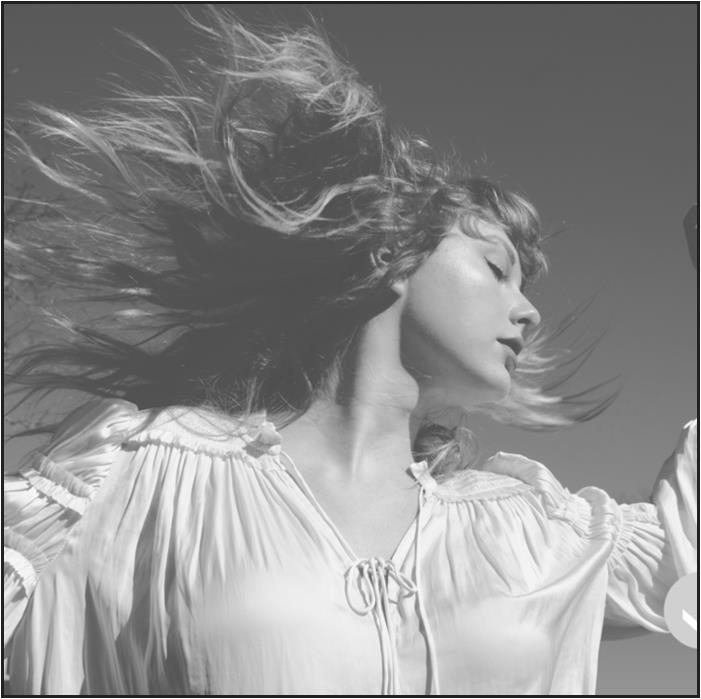 Taylor Swift is often considered one of the most successful musicians of all time, with an incredibly extensive discography of nine studio albums and 152 songs. She kicked off her career in 2006 with her self-titled debut album, released under Big Machine Records, and it’s been a steady uphill climb for her from there. She has collected 11 Grammy wins, including Album of the Year for the release of folklore in 2020. In 2019, though, trouble struck Swift: the owner of Big Machine Records, Scott Borchetta, who Swift had been working with for over a decade, sold Big Machine to Ithaca Holdings—owned by Scooter Braun, who manages artists such as Ariana Grande and Justin Bieber.

Due to the contract Swift signed when she was only 15 years old, she was no longer permitted to own the recordings of the vocal or instrumental tracks for her first six albums. They were effectively Braun’s to handle and distribute as he desired. Taking matters into her own hands, Swift declared almost immediately that, following this decision, she planned to re-record her old music, allowing her to own it once again.

She announced earlier in 2021 that her sophomore album and first album to win Album of the Year, Fearless, would be the first album to be re-recorded in its entirety, along with several new “vault songs” that were initially slated to be put on the record, but did not make the cut. Fearless (Taylor’s Version) perfectly brings together all of the nostalgia of Swift’s most popular songs and the calculated finesse that her more mature vocals bring to the table.

The first track on the album, named after the album, was first written and released when Swift was only 18 years old. She is now 31, and time has gifted her with a much richer and fuller singing voice than she originally exhibited in Fearless. This theme continues on throughout the album, especially on one song in particular, “Fifteen (Taylor’s Version).” The lyrics detail Swift’s experience as a freshman at Hendersonville High School in Tennessee, when she dreamed of dating a boy on the football team, navigated a shiny, new social structure, and, most importantly, watched her best friend Abigail Anderson experience her first heartbreak. The song rings true in a different way now that Swift has seen Anderson through a marriage in 2017, and, in 2021, a divorce.

“Fifteen” on the original album is a song about a girl who doesn’t want to grow up yet, and wants to go back to a time when adulthood wasn’t looming. This re-recording is much different— it’s big-sisterly, and a gentle warning not to fall in love too fast, laden with experience and the bittersweet truth that sometimes, boys change their minds even when you think it’s too late for them to back out.

Swift released her third track, “Love Story,” as a single on September 12, 2008, then as a single for Fearless (Taylor’s Version) on Feb. 11, 2021. The 2008 version of “Love Story” jumpstarted Swift’s career; it went from being a song that she wrote on the floor of her bedroom at 17 years old to a song that went platinum eight times in America and hit number four on the Billboard Hot 100. Swift’s audience clearly never tires of the hopelessly romantic “Love Story,” because “Love Story (Taylor’s Version)” debuted at number one on Billboard’s Hot Country Songs chart.

After “Love Story (Taylor’s Version)” comes one of the most underrated songs on the album— “Hey Stephen (Taylor’s Version)” features a more mature Swift singing a message to a boy who was the object of Swift’s affection as a teenager. Her laugh at 2:54 sounds much more like Swift than the laugh in her originally recorded version, reminding listeners she has truly found herself in her new music and new recordings.

The album takes a turn as Swift puts her listeners in their feels once again with “White Horse (Taylor’s Version),” revisiting an old heartbreak and portraying the pain with the same punch. Immediately following is another hit single, “You Belong With Me (Taylor’s Version).” As Swift relives the classic high school experience of falling for someone who’s already taken, listeners, now all grown up, can relive it with her while listening to her re-recording.

The midsection of the album features a song that was originally a collaboration with Colbie Caillat, who agreed to sing again for the re-recorded version of the song on the new album, and the two women’s voices, now thirteen years older, meld together beautifully. Several other songs follow that a much younger Swift wrote about love and all of its torturous moments.

After this comes “The Way I Loved You (Taylor’s Version),” which is decidedly the best song on both the original and re-recorded albums. The lyrics portray a teenage Swift’s love that grew to bore her as time passed, and she sings of immature, passionate infatuation in a way that only a teenager could: “He’s charming and endearing and I’m comfortable / But I miss screaming and fighting and kissing in the rain / And it’s 2:00 a.m. and I’m cursing your name / So in love that you act insane / And that’s the way I loved you.” On the re-recorded version, though, Swift’s maturity provides her with a new angle to take on the song. It now almost seems entertaining to her that she could ever have yearned for instability for the purpose of finding the excitement of something new.

Then come several more songs aimed at past romances. “Forever and Always” was written by 18-year-old Swift to slam singer Joe Jonas of Jonas Brothers fame for breaking up with her in 30 seconds over the phone. The two are now on good terms, and the re-recording holds a lot less animosity. A piano version is on this album that lends much more emotion to the lyrics than the fully instrumented re-recording.

“The Best Day (Taylor’s Version)” is a song Swift addressed to her parents— it is very hard to listen to without feeling incredibly emotional, and this effect is further amplified by the fact that since the original 2008 release of this song on Fearless, Swift’s mother, Andrea Swift, received a cancer diagnosis in 2015, with a recurrence in 2019.

“Today Was A Fairytale (Taylor’s Version)” is a song that plays on the theme of princes and princesses that children dream of, and hearing Swift sing it at the age of 31 is nothing short of purely nostalgic.

At the tail end of the album comes six songs that Swift describes as “from the vault”– songs that were originally slated to be put on the album, but ultimately never made the cut until now. “You All Over Me (feat. Maren Morris) (Taylor’s Version) (From The Vault)” is a heartbreaking tale of how the remnants of someone you once loved never truly leave you. Little hints of them follow you everywhere, acting as signs that they were once there.

“Mr. Perfectly Fine (Taylor’s Version) (From The Vault)” is also aimed at Joe Jonas, describing bitterness at the thought that someone has left you to pick yourself up off the floor while they float through life as they always have: “Hello, Mr. ‘Perfectly fine’ / How’s your heart after breaking mine?” No animosity is to be had, though— in fact, some fans speculate that she may have sent his baby a present.

“We Were Happy (Taylor’s Version) (From The Vault)” is the saddest of all the vault songs. Swift sings about a boy she loved deeply, and they had even discussed getting married, but by the time she wrote the song, they were no longer together. It touches on the cruelty and unfairness that comes with thinking someone is “the one” until, suddenly, they aren’t.

Overall, Fearless (Taylor’s Version) is a wonderful start to the beginning of Swift’s re-recording journey. It provides fans an opportunity to relive the releases of songs they have come to know so well and feel that excitement all over again. It provides Swift with the ability to look back on her music and quietly observe her own growth as a person throughout her music career, which began when she was just 15 years old.

Perhaps most importantly, though, it provides her with the opportunity to once again own the songs she wrote about her own life, and choose what ultimately happens with them.